Analyze the three components of the security monitoring system 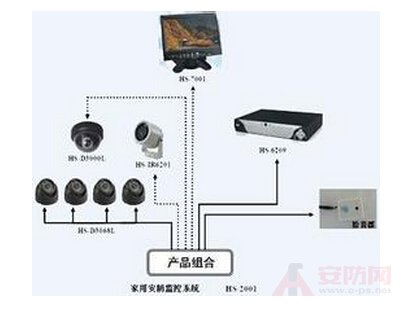 1. Video Surveillance System <br> Video Surveillance is the basis of the entire security system of the Supervisory Office. It not only ensures that all activities of detainees are within the line of sight of the police officers on duty, but also ensures video recording after an accident. The documents are available for later verification. In addition, as the basis of the entire security system, the integration of video images and other subsystems provides conditions for the rapid response of the auditor in the event of an emergency.
2. Perimeter defense system <br> The perimeter defense system includes the high-voltage (pulse) grid of the perimeter wall and the intelligent alarm system inside the fence. The perimeter of the grid system is the security barrier of the prison, effectively preventing the prisoners from crossing the wall to escape. The intelligent alarm system inside the wall can be used to warn the prisoner in an attempt to climb over the wall and promptly notify the police station.
3. Emergency alarm system <br> To ensure that the on-duty police can promptly report the alarm when a major event is found, install the emergency alarm button in the police duty room and the supervision hall corridor. The emergency alarm system ensures the personal safety of the police on duty while ensuring timely reporting of major incidents.
4. Access Control System <br> The access control of the Supervisory Office is generally composed of the â€œA/Bâ€ door of the gate of the Supervisory Office and the access door of the prison corridor. The double-door interlock function of the â€œA/Bâ€ door and the buffer zone between the â€œA/Bâ€ doors ensure that there is no â€œvacuumâ€ between the detainees and the outside world when the prisoners enter or leave the vehicles and vehicles. The access control of the main passage of the prison corridor limits the activity area of â€‹â€‹the detainees and improves the security of the management of the prison.
5, police inspection system <br> In order to more accurately and timely grasp the dynamics of detainees, duty police officers need to regularly patrol in the supervision area corridors, patrol roads, etc., patrol records need to be uploaded in real time through the police patrol system.
6. Detainee call reporting system <br> The detainee call reporting system is also called the detainee's abuse alarm system. It is an important way for communication between detainees and police officers. It is also a timely alarm when detainees are abused by prisoners. Important means play a vital role in ensuring the personal safety of detainees.